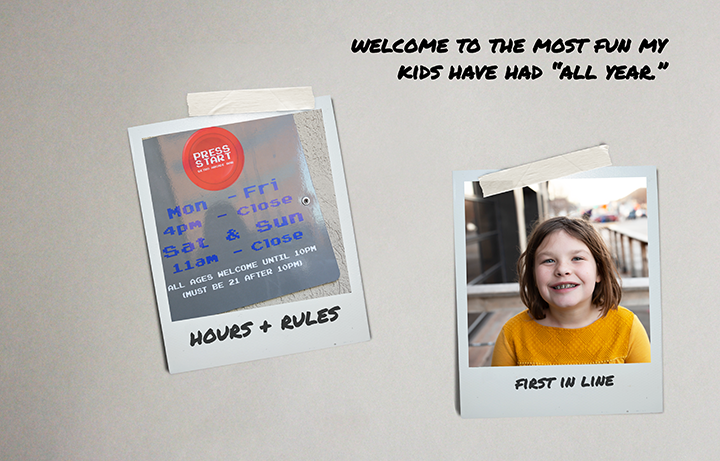 My children were not really interested in Press Start when I told them we were going to go play video games that we were popular when I was a kid.

By the time we left Press Start that evening, they were boasting that it was the "most fun they had all year!!"

I'd like to think our Disney vacation we took this summer would rate a bit higher - but their point is taken. It WAS so much fun.

Press Start has been open for a few years, but because my littlest wasn't old enough to go until recently, I had no idea how much fun this place was until my husband went out one night with some friends. He sent me many pictures of his favorite games - and stories to go along with them.

A few weeks ago when I told him I was going here on assignment, he expressed deep remorse about having to miss it. My expectations had been set high.

In an era where kids can sit in their homes and play games with ultra-realistic graphics, you'd think Press Start would only appeal to the nostalgia of adults born in the 1970's. I couldn't have been more wrong. My children loved being able to play games that didn't require a lot of help understanding, could try a variety of games until they landed on some favorites, had a touch of independence with their cup of quarters, and was able to eat the best food in town. There is PLENTY to love for all ages.

When you enter the discrete doorway (beside Kol - look for the neon mushroom) you are met with a flight of stairs to usher you into something that feels a lot like your best friend's basement when you were a kid when you wasted an entire day playing games that came on a cartridge.

We headed for the coin machine and got enough quarters to keep all the kids busy while I interviewed Robert, took pictures of all the games, and ordered a pizza. I'd never had so much fun multi-tasking!

I soon learned Marc Linn owns the entire collection of games. As a collector since right out of college, he has collected over three hundred games! Marc was looking for an outlet to showcase his hobby instead of letting his prized collection collect dust ... and Press Start is the venue that allows him to share it with those who appreciate being transported back in time.

With over 300 games in his collection, Press Start has at least 100 on the floor at a time. With so much variety, great atmosphere, and unique concept, there is a huge draw to come hang out.

With the kids busy playing games, I had a chance to ask Robert, who was bartending, (my son would tell you he was the friendliest 'ticket helper' out there) more about Press Start.

4pm-5:30 pm are incredibly popular times for families to come in and play. The weekends are so busy, that many have realized the M-F opening hours (opens at 4pm) give a bit more breathing room.

Friday and Saturday nights are hugely busy with the 21 and older crowd - and they have the cheapest (retro) beer in town.

Tickets can be collected from the games and saved. Once you reach 500 tickets, you can cash them in for a drink (if appropriate) or a plush animal.

Robert makes the best Shirley Temple in town and was patient and kind to the kids. They appreciated his help with a few of the games.

Fun Facts to Consider as an Adult:

There are over 300 games in Marc Linn's collection. They are rotated often, with 106 on the floor at the time of this article.

Full Bar and inexpensive retro beer. You can also order off of Kol's FULL FOOD MENU.

All games have original parts - if the button is supposed to be red, it is. The feel and integrity of the games is extremely important to Press Start.

They aren't as nervous about you drinking a Rum and Coke while playing Gauntlet as I thought they would be.

Friday and Saturday's are the busiest.

Your friends will probably start bringing up embarrassing adolescent stories about you once you get comfortable.

You will love it!

Fun Facts to Consider for Families:

Family friendly hours are hosted on the weekends (here for current hours).

Press Start is modeled off of the Dave and Buster's business model - games, food and alcohol in an environment where adults as well as children are allowed.

Pizza is half price on Family Days.

Tickets can be traded for plush animals on display above the bar area.

Marc and his team will carry children down the stairs who are unable to walk themselves. In fact, Black Hills Works has hosted events at Press Start. So cool.

After we were there for an hour, everyone was hungry. Even though I really wanted Kol's Beet Salad, I ordered pizza just to be fun Mom for one night.

It worked. The kids liked me much more. 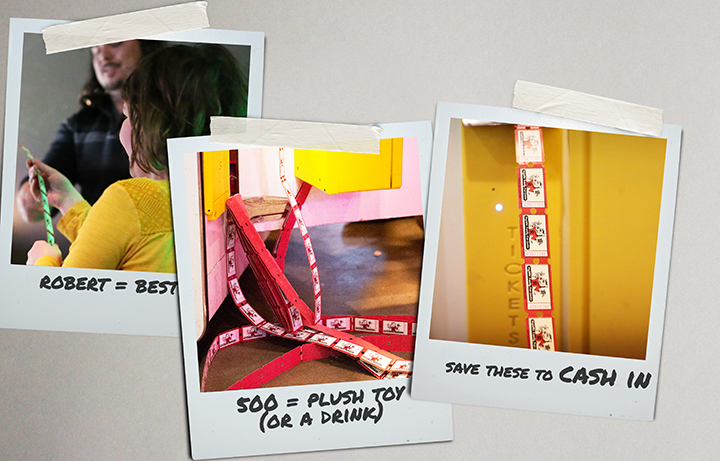 Did you know that Dragon's Lair is Marc Linn's favorite game? And there are only fourteen that are known of in the entire world?!

Are you hosting family over the holidays? Want to take your brother in law out for a beer and let the kids play some games? This is so much better than Chuck E. Cheese. I mean. I don't know how else to explain this brilliant concept.

Or what about when the weather turns cold? This is the perfect place to have some fun!

The one place where my oldest can be in charge. How would I know how to play these games? I'll be over by my favorite Ms. Pac Man game, thank you very much. 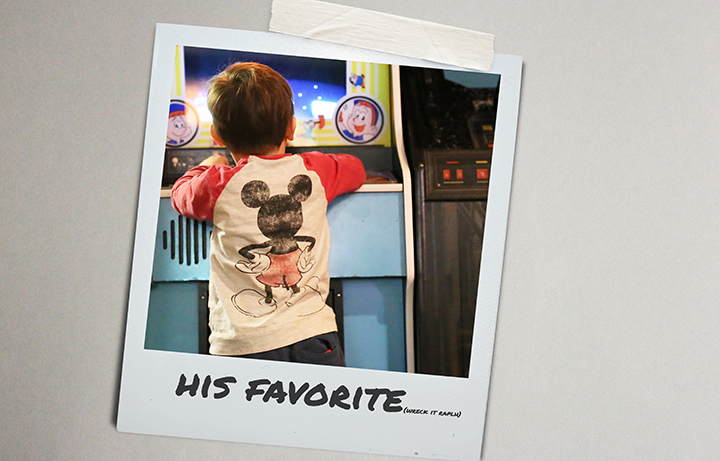 The new Wreck it Ralph movie is coming soon. I have a feeling this game is going to get really, really popular.

Please don't judge me. Everytime I walked away to take a picture, he ran for anything violent. Oops. 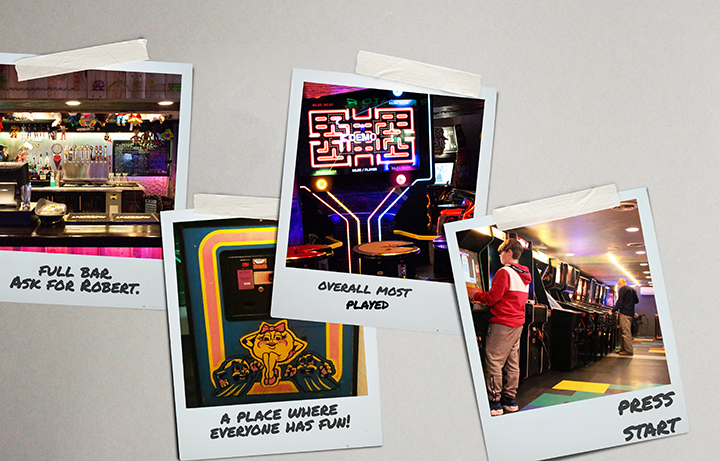 Guess who didn't want to leave? Two hours + three kids + 40 bucks = one of the best times we've ALL had in a long time.