Looking for a good craft brew and great food is harder to find than you might think. The Black Hills has plenty of amazing breweries to choose from - and at least one in most every major town in the hills. However, finding great food to go along with your beer is incredibly rare.

The Knuckle Brewing Company answers that common complaint easily - award winning beers AND a full menu fill that void and bring in locals and visitors all year around. But that isn't all - with it's excellent downtown Sturgis location, it becomes the central meeting point for most everyone during Rally. No other craft brewing company can boast what The Knuckle can.

My first time in The Knuckle was years ago during Rally, and the place was packed! The parking lot was filled with vendors, customers stood in every available square inch of balcony space, and the live music coming from inside had drawn, what seemed like, everyone in town inside.

Since those Rally days, we have found ourselves in Sturgis quite a bit for other reasons all together different than motorcycle riding. It's the perfect place to stop in the fall and summer when you have been sight-seeing in Vanocker Canyon. Or kicking tires at the local car dealership. Or hiking. Or just meeting a friend halfway between Rapid and Spearfish.

Sturgis' scenery is so beautiful. We never fail to comment on the gorgeous setting of the Black Hills that surrounds it here - it never gets old - even to a local like me.

We like to stop at the Knuckle more than ever since the Brewing Company opened in 2014. We love the craft beer (the Knucklehead Red is our hands-down favorite) and our kids love the pizza and burgers.

It appears we are not alone. Co-owner, Bryan Carter, has repeatedly stated how necessary it is to expand. The fan club for Knuckle Brewing is staggering - so much so, that they are opening a second location right off of Exit 32 (opening soon) to be able to produce enough craft beer to meet the high distribution demand.

(Look for our feature on that closer to the grand opening late this summer.)

Matt Stroud, General Manager of Knuckle Brewing (separate from Knuckle Saloon), had a lot of fun insider information that I'd like to share with you guys.

Most Popular Beer: Knucklehead Red (although Matt claims the seasonal favorite, Boysenberry Blonde, is incredible - and wishes it could be offered all year long).

"Plus, we just need more room to craft more beer. We literally cannot keep up with the distribution demand. It's a great problem to have. We are lucky and proud of what we have created here."

With all of this information in hand, I suggested to my family that we head to Sturgis for a weekend lunch outing.

We went on a Sunday afternoon before we headed to Spearfish to do some shopping. We hit The Knuckle just as it was opening, but already there were large tables filled with people celebrating birthdays and also those who were just grabbing a bite to each post-church.

It's a different experience this time of year than it is in the summer. During the off-season, you are able to get to know all the locals and finding an open table isn't nearly as daunting.

During the summer, most everyone is a visitor, table space is at a a premium, but the great service, food and beer all remain the same.

Finding a place to take some pictures without lots of patrons was difficult. The back portion of the restaurant was a bit quieter and I loved that they had booths! Look for those next time you are in.

The famous Knucklehead Red. Cannot even tell you how many I saw of these going out to tables.

More than a restaurant and brewing company, the building is filled with interesting memorabilia on display.

The children's menu was discontinued recently, but no matter, as they all wanted the pizza that The Knuckle is known for.

We had a hard time deciding between the beef tips, wings, and burgers. Burgers won - and did not disappoint. The toppings were fresh and the fries were hot - paired with a cold beer, and everyone was happy.

My point is - if you are not local, and not into the Rally, this large building might intimidate you. But don't let it - inside is cozy and food and beer are not to be missed. If you are visiting the Black Hills and are looking for a taste of local - The Knuckle should be on your list.

And for us locals - remember if you don't want to fight the crowds, their pizza is always available to go! 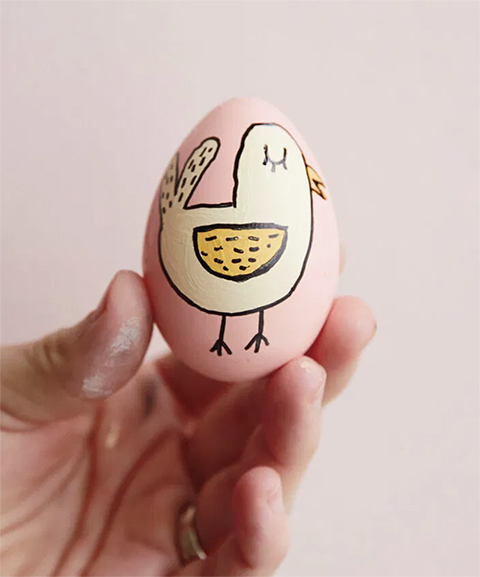